On the 17th of January the crew of Vienna’s English Theatre held a performance of their new play “Unacceptable” at HTL Pinkafeld. About 200 second grade HTL students and their English teachers attended the 60-minute play written by playwright Clive Duncan.

Performed by a cast of professional British native speakers, this play for intermediate learners of English deals with a taboo issue in our society: that of violence of children and teenagers against adults like parents and teachers.  In the course of events, the young audience finds out that Frankie and Lee are taking part in a therapy programme after being physically abusive towards some adults.

The auditorium at HTL Pinkafeld suddenly turns into the psychiatric ward at a mental hospital for adolescents. The spectators of the play experience a lively and heart-gripping story about two miserable teenagers seeking professional help: a range of role plays and music sessions, serving as creative forms of therapy, unfold on stage. After about 60 minutes, the story ends abruptly with a song by Lee and Frankie, accompanied by Lee playing the guitar.

The recently inaugurated modern multi-purpose hall at HTL Pinkafeld, which can hold about 230 seats and a broad stage, turns out to be quite useful for stage performances. Thus, the English teachers are already looking forward to another chance of a cultural event for their students at the “HTL Festsaal”! 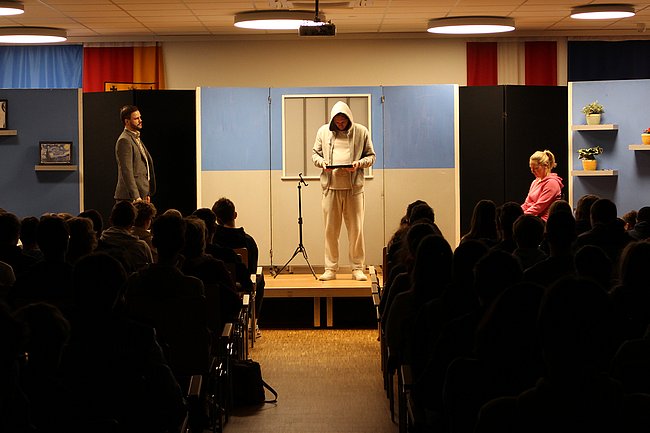 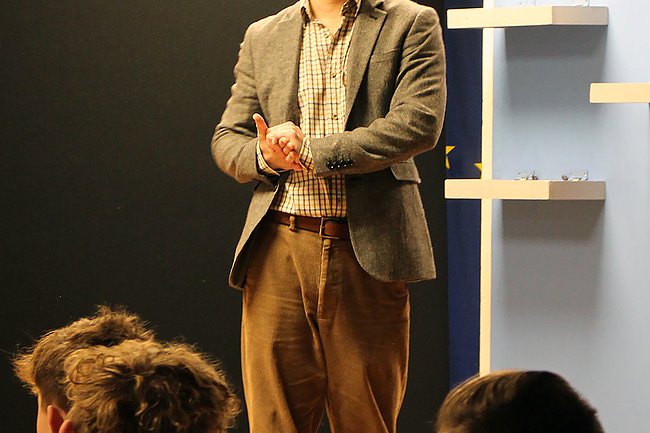